Scholars and students accessing the Israel Sack, Inc., Archive will find records of more than 2,600 objects that were sold by the firm of Israel Sack, Inc., during its nearly 100 years of operation. Lithuanian immigrant Israel Sack started a furniture repair business in Boston in 1903, relocating to New York City in the early 1930s, and was later joined in the operation by his three sons, Harold, Albert, and Robert. Until the business closed its doors in 2002, it was the premier vendor for early American furniture, due in large part to the knowledge and experience of the Sack family. In 1950 Albert Sack wrote the definitive reference book for antique dealers, Fine Points of Furniture: Early American, Good, Better, Best, Superior, Masterpiece, followed in 1993 by The New Fine Points of Furniture: Early American. The object records in the archive, which often include detail images and bibliographic information, draw upon the original photographs and materials that the Sack firm produced to create these books and advertise their furniture.

The Israel Sack, Inc., Archive pulls from the larger Sack Family Archive, an extraordinary collection of comparative material for the study of American furniture housed at the Yale University Art Gallery. This archive contains 10,000 black-and-white photographs, over 17,000 color transparencies and slides, 125 binders of illustrated advertisements from the Sack firm, notes from the preparation of Albert Sack’s books, and a library of books on American furniture and early American decorative arts, including industry periodicals. This material can be accessed by appointment by contacting yuag.furniturestudy@yale.edu. 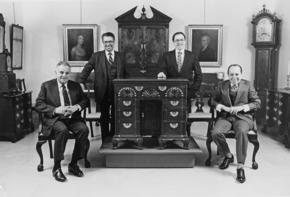 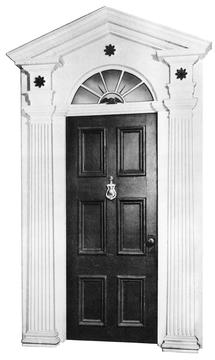