About the Spoken Arts Founders 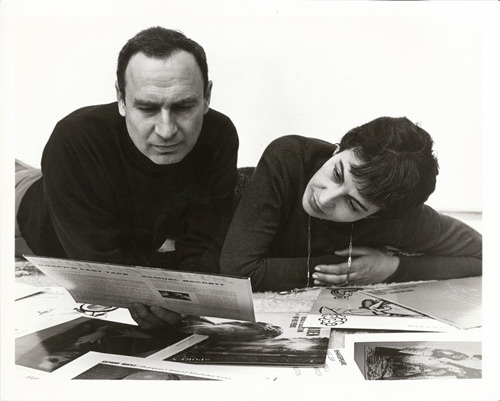 Luce and Arthur Klein met in the south of France, Luce's native country, at the the end of World War II soon after Arthur had landed with the 7th Army. Arthur was working as an intelligence officer, decoding German messages. At the time, Luce was doing reconnaissance for the Maquis, working for the French underground as well as finding homes for Jewish children. Luce and Arthur met in a jeep on the road to Lyon, a city that had just been liberated by the Allies. Two years later, they were married in 1946.

After the war and marriage, Dr. Klein worked in England and on the continent as an actor and producer/director of plays. He was the first American to be appointed to the directing staff of the Royal Academy of Dramatic Arts in London, where Laurence Olivier came to watch him perform.

Luce Klein studied at the University in Lyon, France during the war, and then later completed her PhD in Comparative Literature in 1969 at Columbia University in New York. Her book, "Portrait de la Juive dans la littérature française" (Portrait of the Jewish Woman in French Literature) is considered the seminal book on the topic in almost 200 international libraries.

Together, both Luce and Arthur Klein collaborated on writing articles in French and English on Dramatic Arts, translating plays, and directing, acting, and producing several theatrical productions which toured throughout Europe.

In 1956, after living several years abroad, Luce and Arthur Klein founded Spoken Arts, Inc. in New Rochelle, NY. They believed there was a need to preserve the voice of authors, through the recording of their works.

Their first release was "The Art of Ruth Draper", the legendary actress who was the queen of one-person theater. She paved the way for actresses like Lily Tomlin and Whoopi Goldberg.