I was born and raised in Meriden, Connecticut. I attended Southern Connecticut State University, graduating with a Bachelor of Science degree in Geography in May of 2005.

I moved to New Haven and began working for Yale in Sterling Memorial Library in October of 2005, before moving to the Microtext department in February 2006. Nearly five years later, I moved to Branford, Connecticut and began working at the Social Science library and Mudd library. As the buildings were being prepared for removal, I came to the Goldman Law library, where I hope to stay for many years.

My interests are video games, computers and comic books. 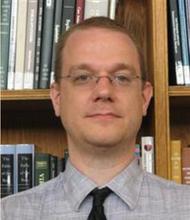