Yale University founded the Department of Drama within the School of Fine Arts in 1924. In 1925, while the University Theatre was under construction, the first class of students was enrolled. George Pierce Baker, the foremost teacher of playwriting in America, joined the faculty to serve as the first chairman of the department, and the first Master of Fine Arts in Drama was conferred in 1931. In 1955, the Yale Corporation voted to establish the School of Drama as a separate professional school. The Drama Library originated in 1925 and was located inside the University Theatre building at 222 York Street until 2008, when it joined the collections housed down the street in the Robert B. Haas Family Arts Library. These photographs and posters were digitized when the former Drama Library's archival collections went into Arts Library Special Collections and Manuscripts and Archives.

The Yale School of Drama is known for launching the careers of alumni Paul Newman, Julie Harris, Sigourney Weaver, James Naughton, Angela Bassett, Elia Kazan, Patricia Clarkson, Wendy Wasserstein, Stacy Keach, Meryl Streep, and Lupita Nyongo, among many others. Yale Repertory Theatre is the professional theatre in residence at the Yale School of Drama, and since its founding in 1966 has premiered countless plays that have gone on to worldwide acclaim.

For more information about this digital collection, consult the finding aid to the analog photograph collection in Manuscripts and Archives or contact Lindsay King in the Haas Arts Library (lindsay.king@yale.edu). 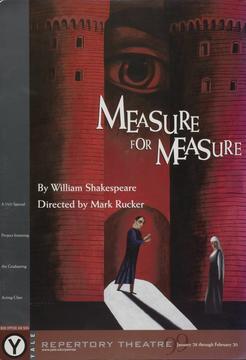