The collection of digital images represents a portion of the Lewis Walpole Library’s collections of eighteenth-century British prints, drawings, ephemera, and material related to the world in which Horace Walpole lived. Topics covered include politics, fashion, famous figures, notable places, society, daily life, trade, architecture, collecting, antiquities, the performing arts, fine and decorative arts, natural history, and more. Highlights include the prints and drawings which make up one of the most important collections of eighteenth-century British visual satire anywhere and the largest such collection outside the United Kingdom, by artists like Gillray, Rowlandson, Cruikshank, Hogarth, and others; collections related to Horace Walpole and Strawberry Hill including views, contents, and several extra-illustrated copies of Walpole's "Description of the Villa"; selected topographical, portrait, and historical prints and drawings; ephemera such as trade cards, advertisements, bookplates, playbills, ballads and broadsides, manuscripts, and more.

Originally created in 2002 to present digital images of British visual caricatures and satires, the Digital Collection has grown to include other key  holdings from areas in which the Library's collections are particularly strong. 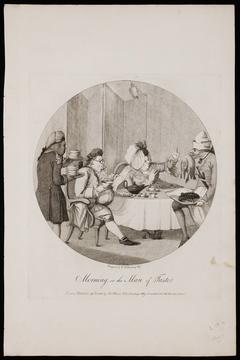 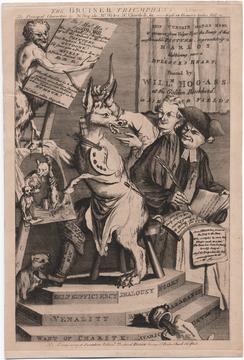