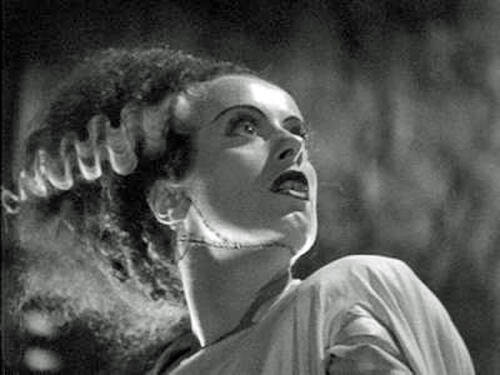 Though the big screen remains dark for now, we've scared up another witches' brew of film frights to haunt your dreams this Halloween. Stream and scream to ten terrifying treasures from cinema's most ghoulish genre. These spectral offerings are part of Yale University Library's streaming video collections.

Before you begin, a Yale NetID is required. If you encounter problems playing the videos, try using a different web browser...if you dare!

Bride of Frankenstein (James Whale, USA, 1935)
These two were made for each other.

Dracula (Tod Browning, USA, 1931)
Bela Lugosi is at his bloodthirsty best in this vampire classic.

Get Out (Jordan Peele, USA, 2017)
A trip to meet the parents takes Daniel Kaluuya to the Sunken Place.

Juan of the Dead (Alejandro Brugués, Spain/Cuba, 2011)
Capitalism comes to Cuba through a zombie extermination service.

Let the Right One In (Tomas Alfredson, Sweden, 2008)
A bullied boy finds love and vengeance with a strange new neighbor.

The Thing (John Carpenter, USA, 1982)
A shapeshifter lurks beneath Antarctic ice in this cult classic.