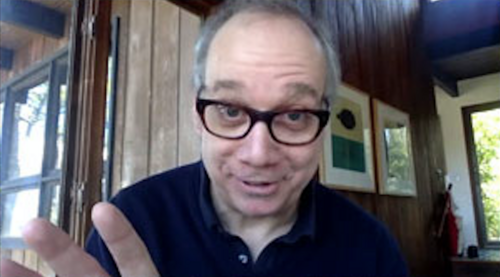 Though the big screen is dark for the Treasures from the Yale Film Archive series these days, Yale's film stars are lighting up the small screen with Treasure Talks.

Treasure Talks is a series of online conversations with Yale alumni from the film world about some of their favorite films, selected from prints in the collection of the Yale Film Archive. Archivist Brian Meacham talks with directors, actors, critics, and academics about their chosen film, as well as reflections on their time at Yale, its influence on their career, and their latest film recommendatinos.

New episodes are added often, so check the Treasure Talks series page frequently for the latest!