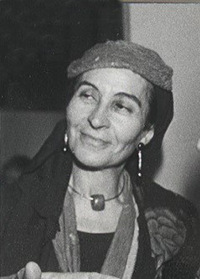 Luce A. Klein, co-founder of Spoken Arts, Inc., passed away on 11 January, 2019.  Along with her family, we mourn the loss of one who, with her husband, Arthur, established in 1956 the recording company that pioneered the recording of literary works, paving the way for audiobooks industry we know today.

Luce Klein was born Luce Francine Berthe Weill in Elbeuf, France on 7 April, 1922.  Her family had left Alsace in 1870 and came to Elbeuf, helping to establish the textile industry there.  One of her grandfathers was a founder of Elbeuf’s synagogue and her father Marcel Weill was a recipient of the Legion of Honor for extraordinary bravery at the Battle of Verdun in World War II.  Her childhood home later became a center for orphaned and at-risk children and still thrives today as the Foyer d’Accueil de l’Enfance d’Elbeuf.

Luce and Arthur met in a Jeep at the end of the second World War in the south of France.  At the time, Luce was working for the French Resistance, securing homes for Jewish children.  Arthur was an intelligence officer the the US Army’s Signal Corps. The Kleins established permanent residence in New Rochelle, NY, in 1956.  Spoken Arts, Inc. was actually born in the basement of their home. Luce earned her Ph.D. in French Literature at Columbia University in 1969. Her pre-feminist thesis topic was a study on the portrayal of the Jewish woman in French literature, Portrait de la Juive dans la literature française.  It can be found in the Yale University Library, and in many others around the world.   In addition to pursuing her own writing, painting and raising a family, Luce owned an antique shop, “Luce A. Klein, Antiquaire,” in the two floors of the Spoken Arts Building in New Rochelle for a number of years.

The Kleins donated their extensive catalog of over 750 recordings, known as the Klein Archive, to the Gilmore Music Library’s Historical Sound Recordings Collection in 2001.  The collection includes master tapes, a comprehensive collection of all commercially-produced Spoken Arts recordings, as well as the company’s business records.  The company offered a wide variety of recordings, including children’s literature, classic European and American novels, folk and fairy tales, poetry, essays, and historical speeches.  Many authors read their own works, including Arthur Miller, Dorothy Parker, Langston Hughes, Pablo Neruda, Gertrude Stein,  and Anaïs Nin, to mention only a few.  This amazing donation expanded Library's capacity to support research and teaching in non-music disciplines, bringing the spoken word to life in an exciting and fresh way.

The Gilmore Music Library has been enriched by this generous gift.  With her family and friends, we mourn the loss and celebrate the amazing and rich life of Luce A. Klein. 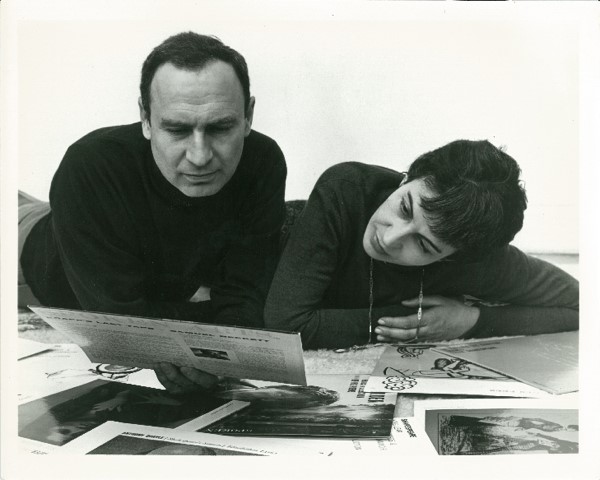