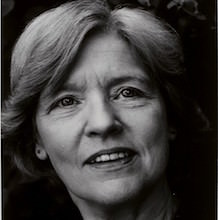 The Gilmore Music Library is pleased to announce that the papers of influential French composer and Paris Conservatoire professor Betsy Jolas, renowned choral conductor Robert Shaw (1916-1999), music editor Kurt Stone (1911-1989), who edited works by Elliott Carter and Paul Hindemith, and Connecticut jazz journalist Walter Rockwell "Rocky" Clark (1907-1990) have been now been processed. For more details about each of these collections and links to their finding aids, see below. For information about doing archival research at the Gilmore Music Library, see our special collections LibGuide as well as the Yale Finding Aid Database.

Betsy Jolas Papers
68 boxes
Finding aid
Betsy Jolas (b. 1926) ranks among the most distinguished and influential modern French composers. Born in Paris to American parents, she was educated at Bennington College and the Paris Conservatoire; she succeeded her teacher Olivier Messiaen as professor of analysis and composition at the Conservatoire. She has also taught at several American universities. Jolas has composed numerous instrumental and vocal works in a wide variety of combinations. Her papers include music, correspondence, writings, teaching materials, sound recordings, and other materials. Jolas’s parents were the editors of an important literary magazine; their papers are housed at the Beinecke Library at Yale.

Robert Shaw Papers
414 boxes
Finding aid
Robert Shaw (1916-1999) was the most renowned choral conductor of the 20th century, and a major orchestral conductor as well. He led the Collegiate Chorale and the Robert Shaw Chorale, served as George Szell’s assistant conductor at the Cleveland Orchestra, and was music director of the Atlanta Symphony. His papers contain annotated musical scores, correspondence, office files pertaining to a variety of topics, photographs, sound recordings, and other materials. The scores make up nearly half of the Shaw Papers; most works in the standard repertoire are represented by multiple copies, marked up by Shaw at different points in his career.
Robert Shaw would have turned 100 on April 30, 2016. That milestone will be celebrated with a variety of events, including an exhibit at the Gilmore Music Library as well as a PBS documentary that draws heavily on the Shaw Papers.

Kurt Stone Papers
6 boxes
Finding aid
Born in Germany, Kurt Stone (1911-1989) moved to Denmark in 1933 and to the United States in 1938. He spent most of his career in music publishing, working for G. Schirmer, Associated Music Publishers, Alexander Broude, and Joseph Boonin. He edited works by many prominent composers, some of whom became close friends. He wrote Music Notation in the Twentieth Century: A Practical Guidebook (Norton: 1980), and with his wife Else he edited The Writings of Elliott Carter (Indiana University Press, 1977). Stone’s papers are particularly notable for his extensive correspondence with Paul Hindemith and Elliott Carter.

Rocky Clark Papers
5 boxes
Finding aid
Walter Rockwell “Rocky” Clark, Jr. (1907-1990) was a newspaper and TV journalist who covered the jazz scene in Southern Connecticut. Clark was the first president of the Dixieland Society of Southern Connecticut, and his papers document the activities of this organization. They also contain materials from the Intercollegiate Jazz Festival at Quinnipiac College, and a large number of jazz-related photographs.