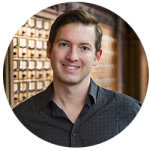 Jonathan Schroeder uses the methods of the digital humanist, conceptual historian, and literary scholar to compare how European frameworks of emotion were institutionalized in the Americas. His manuscript, Prisoners of Loss: An Atlantic History of Nostalgia, charts the first phase in the globalization of nostalgia, tracking how this medical concept was carried to the New World and used to design new health care systems for slaves and soldiers in America, Brazil, Cuba, and Haiti. By virtue of this process, he argues, nostalgia was transformed from a disease of travel suffered by European ethnics into the exemplary disease of racial captivity in the nineteenth century, one that can potentially help us make sense of present-day scenes of racial and ethnic melancholy.

His project at the DHLab, “Passages to Freedom: Worlding the North American Slave Narrative,” examines the language and geography of 294 African-American slave narratives. How did African-Americans make their escapes? What does the mobility of slaves look like in slavery? In freedom? Are there distinct languages of slavery and freedom? And how do answers to these questions change after the Fugitive Slave Act of 1850? After the slave narrative was affiliated with antebellum abolitionist networks?

He received his Ph.D. in English Language and Literature from the University of Chicago. His work has appeared in American Literature and is forthcoming in Arizona Quarterly. 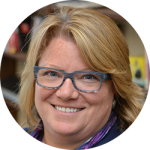 Carol Chiodo is a writer, scholar, and educator whose work investigates how the material and structural changes in the reproduction, storage and transmission of texts impact the ways we read, write and learn. She received a Ph.D. degree in Italian Language and Literature with a dissertation on medieval vernacular poetry and the mechanical arts.

Her current research uses social network analysis to explore the membership rolls of early scholarly societies in North America as a source for women's history. The project re-situates the female membership of the first decades of the Dante Society of America, one of the oldest in North America, in relation to contemporary social and institutional networks associated with racial egalitarianism, religious and educational reform, and universal suffrage. While her primary interest is in how these women influenced the reception and dissemination of Dante's work in North America, their activity also sheds light on the broader context of higher education and religious reform.

At Yale, she has helped coordinate the Digital Humanities Working Group, an interdisciplinary working group at the Whitney Humanities Center devoted to Yale’s growing digital humanities community. Her other interests include the development of digital tools for teaching and research in the humanities, data analysis and visualization, and the curation and deployment of linked open data in special collections. 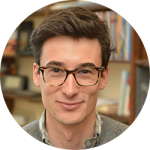 Gideon Shapiro earned a Ph.D. in Architecture (history and theory) from the University of Pennsylvania School of Design, where his dissertation research traced the confluence of garden art and urban planning in the public parks of Paris. His writing has appeared in the Journal of the Society of Architectural Historians, Architect, Domus, the Guggenheim Blog, Next City, and The Architect’s Newspaper, among other publications. He edited the English-language catalogue of the 2015 Urbanism and Architecture Bi-City Biennale (UABB) of Shenzhen and Hong Kong, and has served as an instructor at the undergraduate and graduate levels. Gideon has assisted the curator Aaron Betsky and worked for the architectural design firm of Gabellini Sheppard Associates. He has collaborated with several artists and composers to realize site-specific public art projects.

Gideon's project at the DHLab, Gathering a Building, visualizes the multi-dimensional context of architectural design and construction. It takes as a case study the two new residential colleges currently under construction on the campus of Yale University, scheduled to open in Fall 2016. The project uses archival and original data to expand notions of “site” and “building,” beyond their conventional definitions, in the form of a web exhibit. One section will outline a brief history of the site through layered maps and narrative. A second section will address the materiality of the new building by tracing a sample selection of building materials through the supply chain, enfolding a wider geography. A third section will consider human and social aspects, and a fourth will suggest how the architectural design relates to traditions of collegiate architecture.