2019 exhibits will spotlight women’s history at Yale and beyond 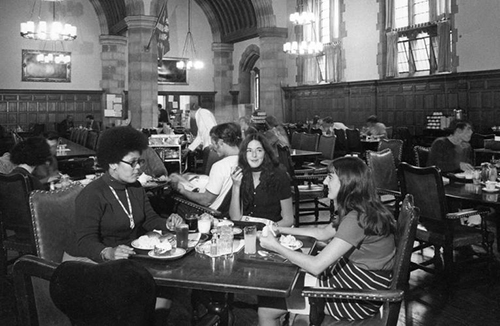 Yale Library will join the 50 Women at Yale 150 celebration with four exhibits on women's history topics this year—three of which will be curated or co-curated by students.

In 2019-20, the university is seeking “to showcase the depth of women’s contributions to Yale and to the world, to celebrate women at the university, and to inspire thoughtful conversation about the future of women at Yale and in the larger society.”

Three of the library’s 2019 exhibits will explore the experience of women at Yale, while the fourth will delve into the life and legacy of a pioneering journalist whose papers are collected in the Beinecke Rare Book and Manuscript Library.

In addition, proposals are being accepted for 2020 exhibits in the Sterling Memorial Library Memorabilia Room, with a submission deadline of Monday, April 8.

The following exhibits are under way or planned for 2019: