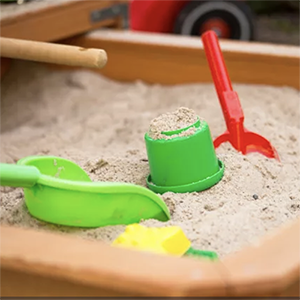 Hear the word “sandbox,” and you might picture children digging in the sand, exercising their creativity with red plastic spades and yellow sand molds. The Emulation as a Service (EaaSI) sandbox is similarly geared for exploration—but the tools for discovery are old computers, software systems, floppy disks, and CD-ROMs.

Emulation refers to the process of recreating obsolete computer hardware with software. Emulation allows users to run old operating systems and applications that would otherwise be incompatible with modern computers. It is a key technology for preserving born-digital and digitized collections and for ensuring that digital content remains accessible to future researchers.

The EaaSI sandbox, created by Yale Library with the non-profit Software Preservation Network, is an online, open-source test environment for librarians, archivists, and others seeking tools to access legacy data, assist researchers with born-digital materials, or even study the evolution of software over time. Sandbox users can dig into 39 emulated operating environments and provide feedback that will shape the service going forward.

Since 2018, Yale Library has received $3.5 million in grants from the Mellon and Sloan Foundations to support the EaaSI project, and the library has successfully applied emulation to a variety of digital collection materials, including CD-ROM textbook supplements, 1980s video games, and architectural plans created with early computer design software. In April, the library launched the Yale Library Emulation Viewer for CD-ROMs.

Seth Anderson, the library’s software preservation manager, compares emulation to a Swiss army knife. “Now that we have demonstrated how versatile emulation can be, we are expanding our efforts through improved metadata and code, emulating computer networks, incorporating support for Android devices, and increasing the program’s automation capability to enable access and preservation activity as the work scales up,” he said.

The team and the project are highly collaborative, involving many partners beyond Yale. With support from OpenSLX, DataCurrent, PortalMedia, and Educopia as well as the Software Preservation Network, they have implemented an intuitive user interface, developed a growing network of partners and staff, and installed and configured hundreds of new software applications. The project’s institutional partners now include Notre Dame University, the University of Virginia, the University of California in San Diego, Stanford University, Carnegie Mellon University, and Georgia Tech.

“A key goal of the EaaSI program of work is to increase access to emulation and, in turn, the content made accessible using emulation,” said Euan Cochrane, the library’s digital preservation manager. “By partnering with other organizations, we’re expanding the reach of the emulation technology we’re building and helping many other organizations open access to their valuable born-digital archives and collections.”