Happy 4th of July! The British are not coming this year 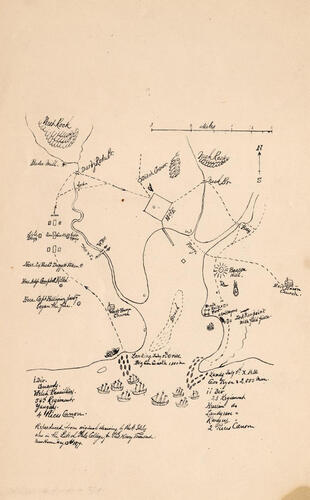 In 1779, the Fourth of July fell on Sunday and was to be celebrated on the fifth in New Haven. Although the seaport was a center of privateering, and the British considered Yale a hotbed of sedition, Connecticut’s co-capital had been spared from attack.

Suddenly, early on July 5th, forty-eight British ships appeared along the shoreline, carrying 2,000 sailors and marines and 3,000 troops. The New Haven population was about 3500, including 84 remaining Yale students.

English Commodore Sir George Collier wrote in his diary before the invasion: “That place is a spacious and a very considerable town; it has the largest university in America, and might with propriety be styled the parent and nurse of rebellion.”

Major General William Tryon's raiding party included his Loyalist secretary, Colonel Edmund Fanning, Yale B.A. 1757, who was instrumental in saving the college and town from being burnt down by the British. The two-pronged invasion landed raiding parties on the east and west shores of the harbor, overwhelming the small bands of civilian and student militia.

While Yale President Ezra Stiles saw to the safety of the current college records and his family, Yale President Emeritus and college pastor Naphtali Daggett faced the enemy with the students in a volunteer company of about 100. They marched south to West Haven to delay the enemy so the women and children could flee to the north.

In a few hours, the British occupied the New Haven Green and the Pierpont House (now the Yale Visitor Center).  The next morning, they sailed west with some Loyalist families and prisoners aboard, to raid and burn Fairfield and Norwalk. It has been written that 27 patriots were killed and 19 wounded, including non-combatants.

The Yale Library did not suffer a loss in the British invasion.  By the time of President Stiles’ installation on July 8, 1778, most of the library contents including the collection of scientific instruments and the college museum had been securely hidden inland.

In June 1779, he reviewed the books: “The Library of Yale College consists of about three Thousd Volumes; of which three Quarters have been removed to Northford, Durham, & Westbury (now Watertown), to be out of the Way of the Enemy.  I find there still remain a Thousand Volumes in the Library Room.”

After the signing of the peace treaty in 1783, Stiles recorded on New Year’s Day 1784 that “the College Papers in the Chest of Archives[were] brought home lately from Northford.”  The “over 500” missing books were not returned to the library.

Read about the heroism of President Emeritus Naphtali Daggett.