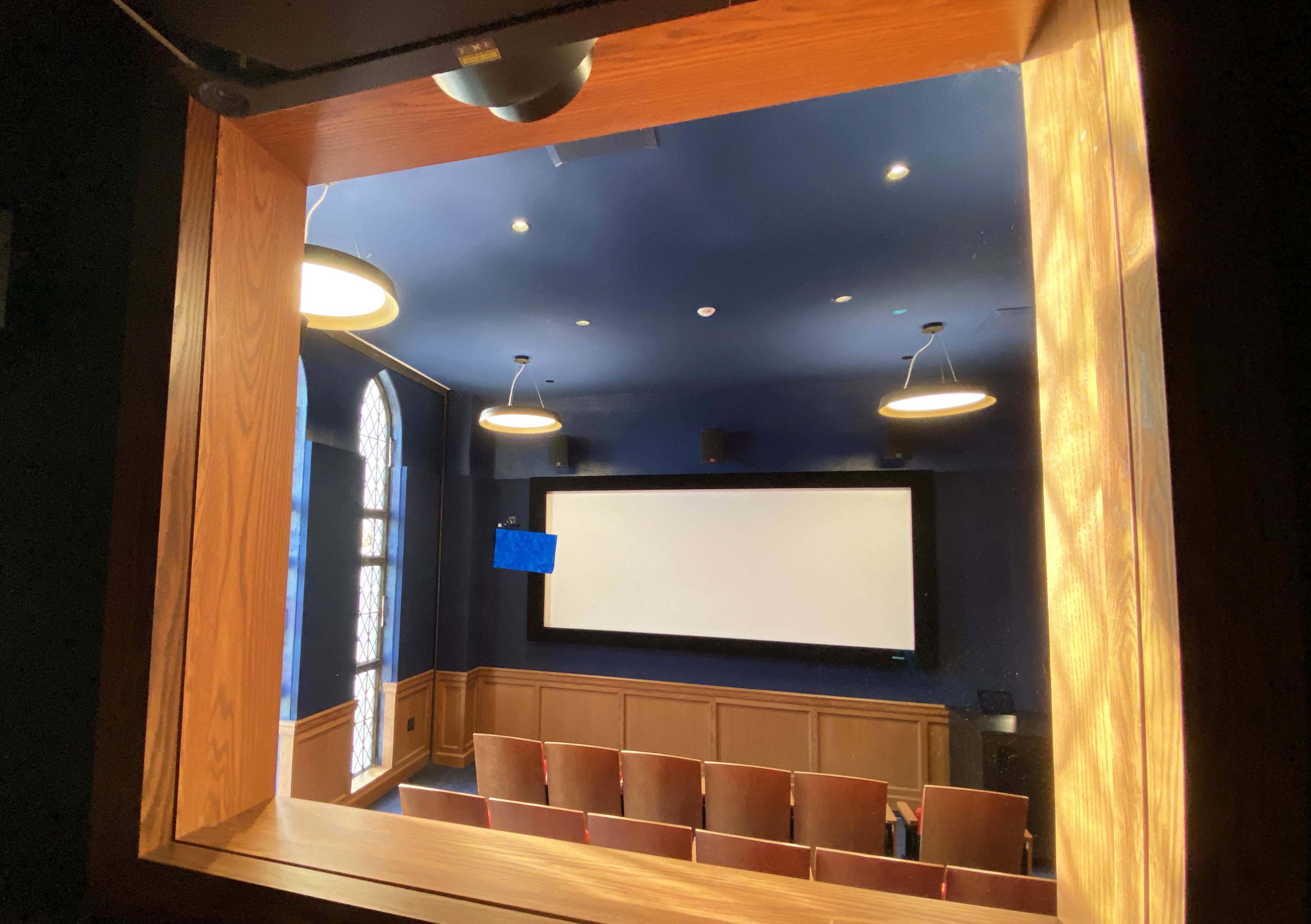 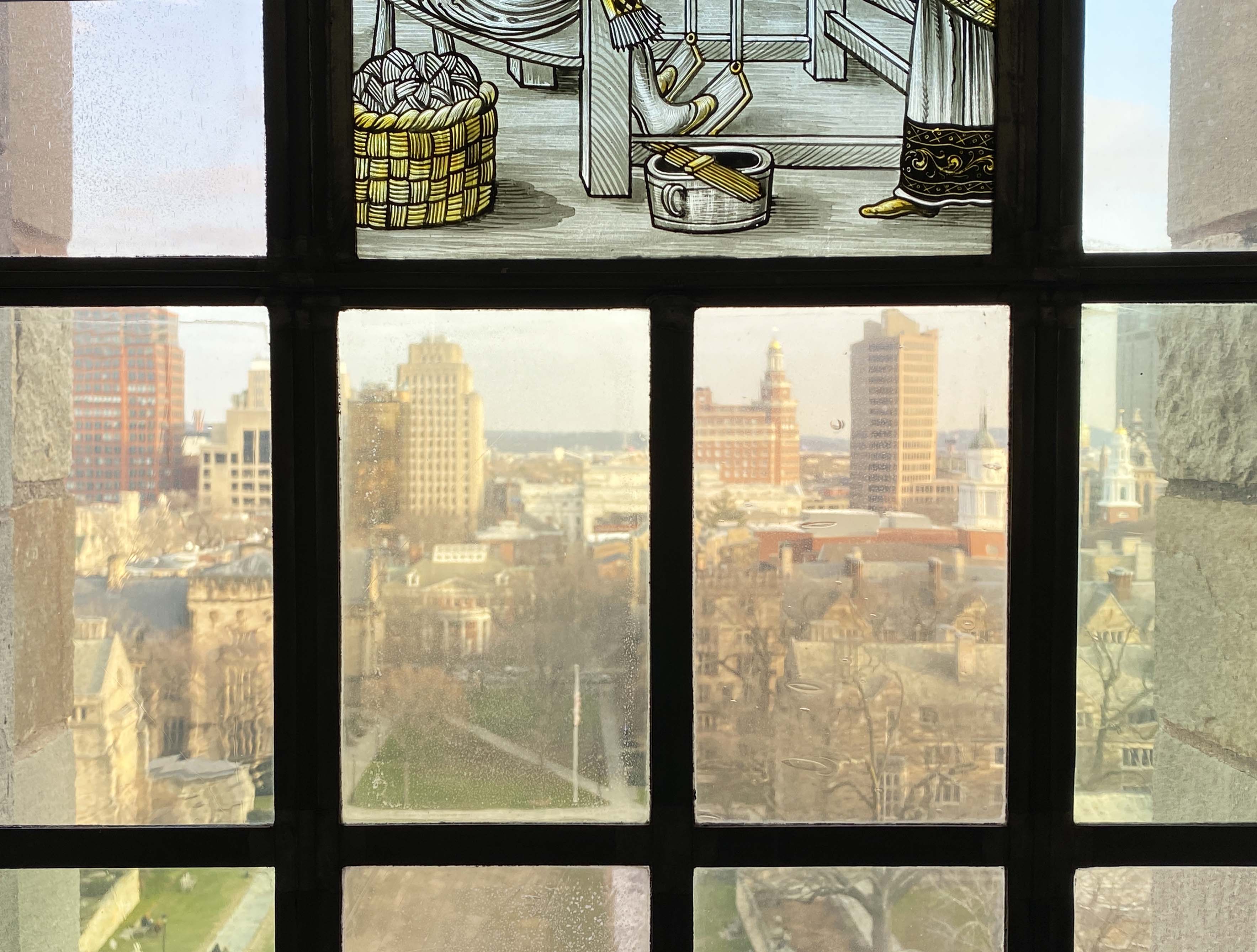 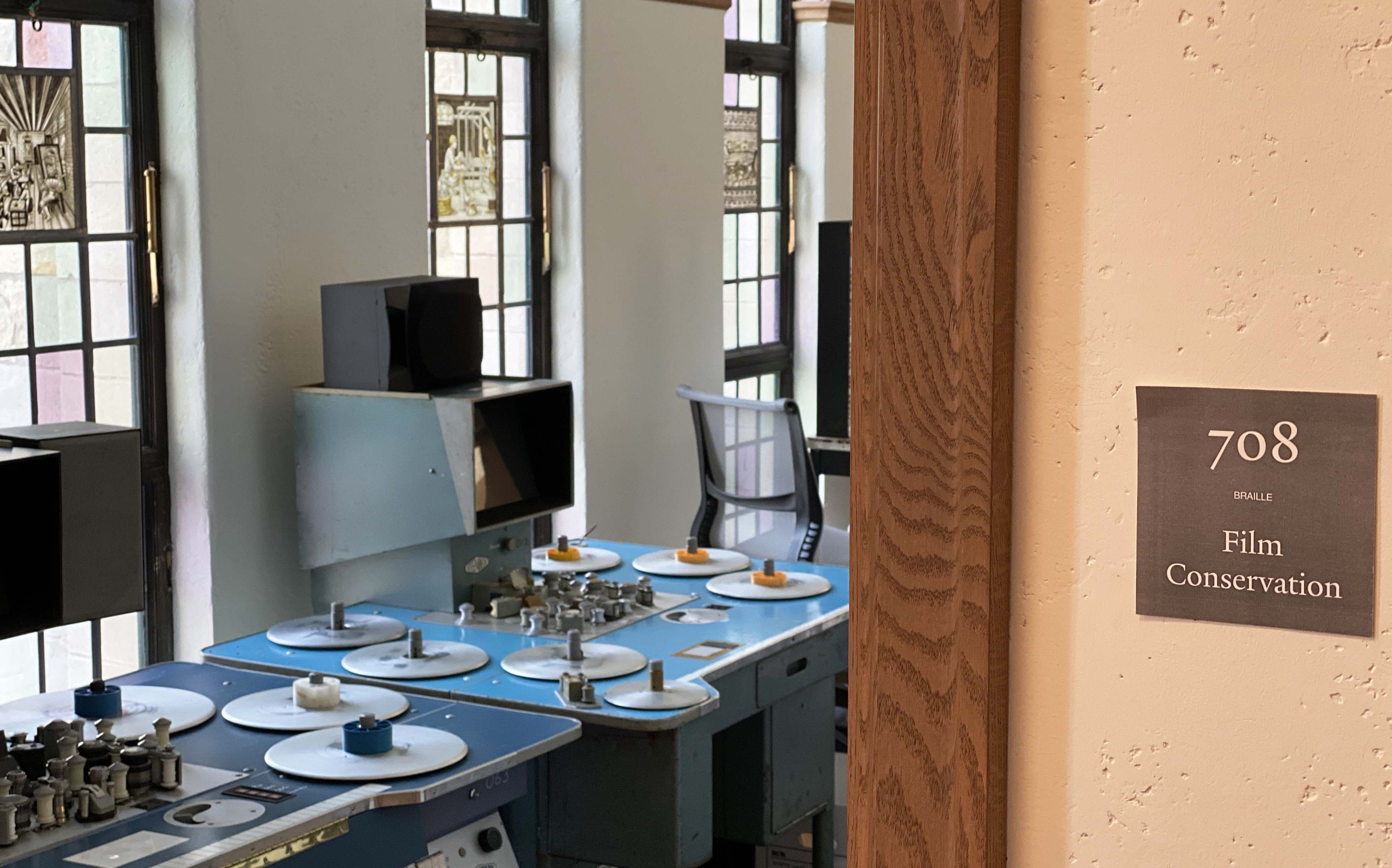 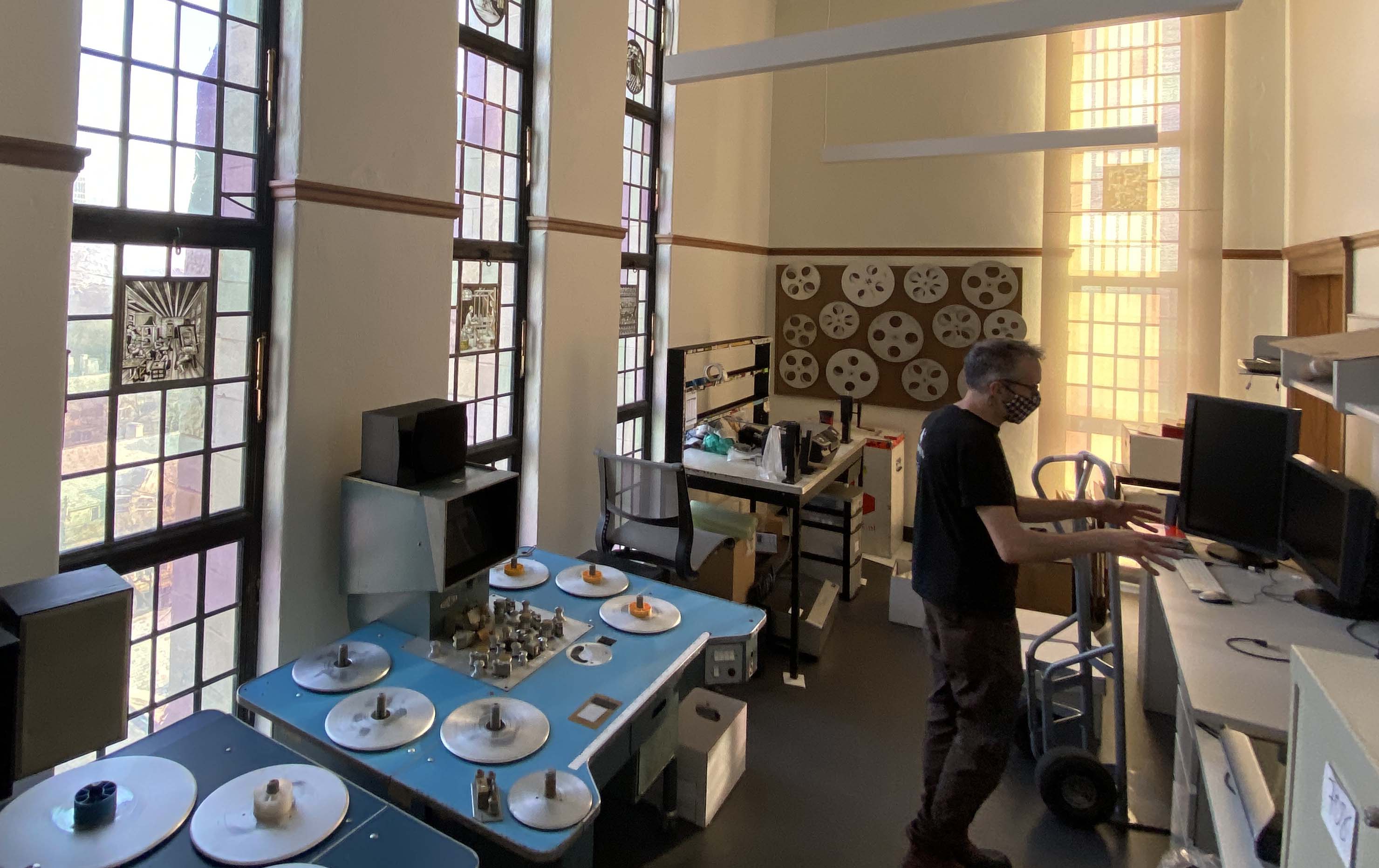 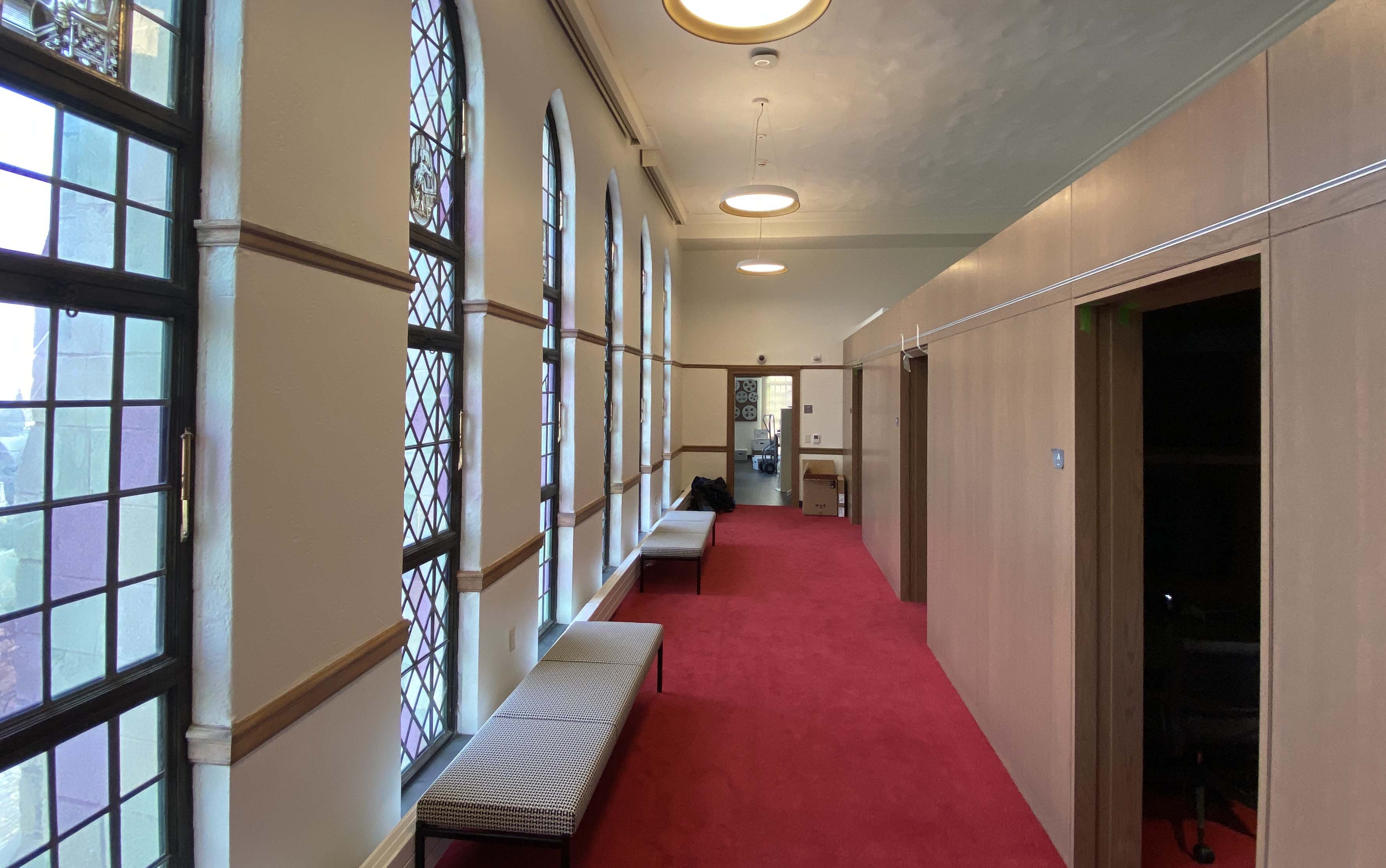 At the top of Sterling Memorial Library, a 3,200-square-foot space that once housed the library’s map collection has been transformed into a new home for the Yale Film Archive. It will open to the Yale community after pandemic restrictions are lifted.

Pre-pandemic, the Film Archive was located in Whitney Humanities Center and known as the Yale Film Study Center. The new name is intended to better reflect its critical support for teaching and research as well as its leadership in fostering film culture at Yale through collection, preservation, and public access. The new space and name “will help convey a much clearer sense of our mission and align us with the standards and responsibilities of the broader archival community,” said Michael Kerbel, the archive’s director since 1990.

Founded in 1982 and incorporated into Yale Library in 2017, the Film Archive traces its roots back to 1968 when Yale acquired the Griggs Collection of 206 classic films on 16mm. Today the collection encompasses a growing archive of unique and original 35mm and 16mm films. It also holds a collection spanning the history of cinema from 160 countries, with 40,000 DVDs, more than 4,000 Blu-ray discs, 6,000 VHS tapes, and nearly 3,000 items from the field of television.

Since 2014, thousands of people from Yale and New Haven have attended more than 125 professionally curated screenings of classic and contemporary films as part of the Treasures from the Yale Film Archive series, sponsored by Paul L. Joskow ’70 M.Phil., ’72 Ph.D. “There is nothing like the experience of seeing a film in its original 35mm format, just as it was meant to be seen,” Kerbel said.

In addition to expanding space and capabilities, the location in Sterling places the archive’s collections and expert staff just across the street from the new home of Yale’s Film and Media Studies Program at 320 York —creating a central hub for film study and research in the heart of campus. In Sterling, faculty, students, and staff will be able to view collection items in one of ten individual viewing booths, or in the new screening room, which will feature large-screen technology and a sound system supporting various video formats (including 3-D), as well as 16mm film and Digital Cinema Package. The new space was designed by New Haven architects Apicella + Bunton.

Once the renovations are complete, Yale will have three venues capable of screening 35mm films. “Viewing our collection of classic, experimental, documentary, and international cinema in a collective setting and in its original format, enables our students to pursue curatorial and archival projects that would not be possible in most other universities’ film programs,” said Brian Meacham, manager of the archive’s special collections, who worked at the Academy Film Archive in Los Angeles before coming to Yale.

The impact of film at Yale extends far beyond the campus. Alumni include pioneering animators Mary Ellen Bute ’26 and Frank Mouris ’69, many of the cast and crew of Black Panther, legendary documentarian D.A. Pennebaker ’47 and Oscar-winning actresses Jodie Foster ’85 and Meryl Streep ’75. In a recent series of talks curated by Meacham, Yale alumni were invited to pick their favorite film from the archive’s 35mm print collection. The Third Man (1949) was the choice of Oscar-nominated actor Paul Giamatti '89 B.A., '94 M.F.A., while director Ira Sachs '87 chose Frank Ripploh's groundbreaking queer classic from 1981, Taxi Zum Klo.

The new preservation suite and cold storage environment will also give staff the space and equipment they need to ensure that the integrity of each film is protected against deterioration. Since formal preservation efforts began in 2008, the archive has received ten grants from the National Film Preservation Foundation and regularly preserves unique materials which are often shared with leading arts organizations such as the American Film Institute, the Tate Modern, and the Film Society of Lincoln Center.

“We look forward to welcoming the Yale Film Archive to its new home in the library where we can better care for the collection, enhance resources and services, and offer greater accessibility for students and faculty as they discover the critical role of film in research and teaching,” said Allen Townsend, associate university librarian for the Arts and Humanities.